High Entertainment film projects strive for creativity and innovation at the highest levels. Here are some of our current projects.

Fallon O’Hara’s, life is in a precarious situation. He’s an albino. He’s also the son of albino parents who were unwillingly made the main attractions of a traveling circus. They were killed trying to escape their entrapment. His condition is complicated by his own phobic aversion to his albinism. 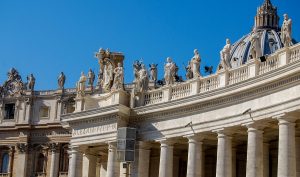 Follow the trail of the relics in this latest project from High Entertainment.

Adopted by a leader of the Irish Republican Army, Fallon’s turbulent past is hidden from him and he’s raised up in the terrorist organization becoming an assassin for the group.

When three of the most precious relics of the Roman Catholic Church – are stolen, O’Hara’s life gets really complicated. Church leaders believe the suspected thief, William Cullen, a rogue British army officer intent on fomenting political and social unrest, is eyeing the bones of Catholic saints as his next target.

The Pope’s advisors are convinced that Fallon O’Hara, who as the experience of a man of the sword, but the lion-heart of his father is the only man who can stop Cullen… if he can only survive his chronic bouts of intense phobia.

Fallon and his team of relic hunters set out to foil Cullen’s efforts by moving the bones of the saints to safety. Just as they’re about ready to transport the remains of Saint Patrick to a safe haven, Cullen and his men attack in force. Can Fallon and his team survive and protect the heavenly relics?

Film making is a miracle of collaboration.